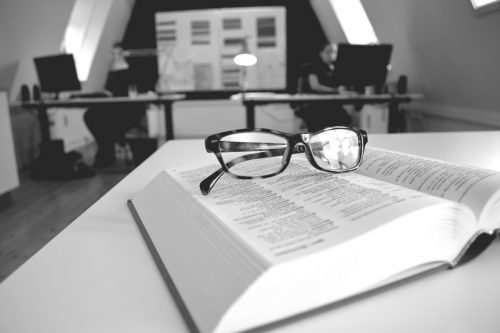 At Scandinavian Text Service humans, not machines, are the translators. Machines can translate word-for-word, but never read between the lines. Good translators factor in both the text and the subtext and use their understanding of the film’s plot, theme, characteristics and mood to create a flawless product that is as engaging and moving as the original work. Furthermore, a machine can’t understand the subtleties of human gestures, spoken intonations or facial expressions, something that’s absolutely vital to the film subtitling process.

At Scandinavian Text Service we carry out the translations in a 4-step process.

Carried out by experienced, properly educated translators who take into account narrative, cultural, aesthetic and linguistic factors when they hand-craft their subtitles.

Also known as spotting or cueing, this is the placement of the subtitles in relation to sound and picture. This process is always carried out by the original translator in order to secure the best and most consistent quality.

To make certain that the translation and cueing are consistent, a detailed final check is carried out, ensuring that the quality of the product remains at its highest.

As humans carry out the translations, it is natural that errors may occur. To ensure that these are eliminated from the translations, Scandinavian Text Service uses independent proofreaders who conduct a double external proofreading, and the translator makes amendments accordingly.

These are the people who make up Scandinavian Text Service:

Henrik Thøgersen, translator, CEO and co-owner, Language and Business degree in English and French. 28 years of experience as translator of films and the odd book. Recipient of the prestigious 2019 Special Bodil Award for excellence in the field of theatrical subtitling and the 2016 Subtitler of the Year Award presented by the Danish Union of Journalists. Avid family man, movie buff, and heavy metal headbanger.

In addition to these fine humans Scandinavian Text Service has a wide network of highly skilled, locally based translators. They’re also humans, by the way.

You can find out more about which cookies we are using or switch them off in settings.

This website uses cookies so that we can provide you with the best user experience possible. Cookie information is stored in your browser and performs functions such as recognising you when you return to our website and helping our team to understand which sections of the website you find most interesting and useful.

Strictly Necessary Cookie should be enabled at all times so that we can save your preferences for cookie settings.

If you disable this cookie, we will not be able to save your preferences. This means that every time you visit this website you will need to enable or disable cookies again.